Dude! You have done an amazing job! We love the photo’s so much!

Mala & Shank’s Indian Wedding and Reception at Heythrop Park in Oxford, was of an amazing day of celebrations. Mala & Shank’s Heythrop Park wedding had everything you could want when photographing a Hindu wedding and Reception. It was full of love, tradition, emotions, rituals, the joining together of two families and of course and epic party to finish an already amazing day.

My day started off super early at Heythrop Park, with Mala and Shank’s emotional Civil ceremony. After their civil wedding, it was onto to photographing them getting ready for their Indian fusion wedding ceremony. Shank made his arrival into the hotel with dhol players and his family, where he was greeted by Mala’s family for a Milni ceremony.

After making his arrival, I went to see Mala who was just having her final make up touches done, before she made her entrance into the grand ballroom of Heythrop Park hotel. Their wedding ceremony which was conducted beautifully  by Hindu Priest Vasudev Mehta, accompanied by Shiv Gopal Music, had so much laughter and emotion, a pure joy to document. There were so many amazing moments between them throughout the ceremony, it was great to witness. After the ceremony, we went off to around the stunning venue to make some portraits, before they went to get changed again for their evening reception.

The evening started off with a drinks reception, before Mala and Shank made their epic entrance into the ballroom, followed by the cutting of their cake. The rest of the night was full of amazing food, some hilarious speeches and of course an epic party which went on till midnight!

Its always rewarding documenting a wedding with so much love and emotion. Congratulations Mala and Shank, thank you so much for letting me be a part of your wedding day, it was an honour.

Now on to some of my favourite images from their Indian wedding and reception at Heythrop Park in Oxford. 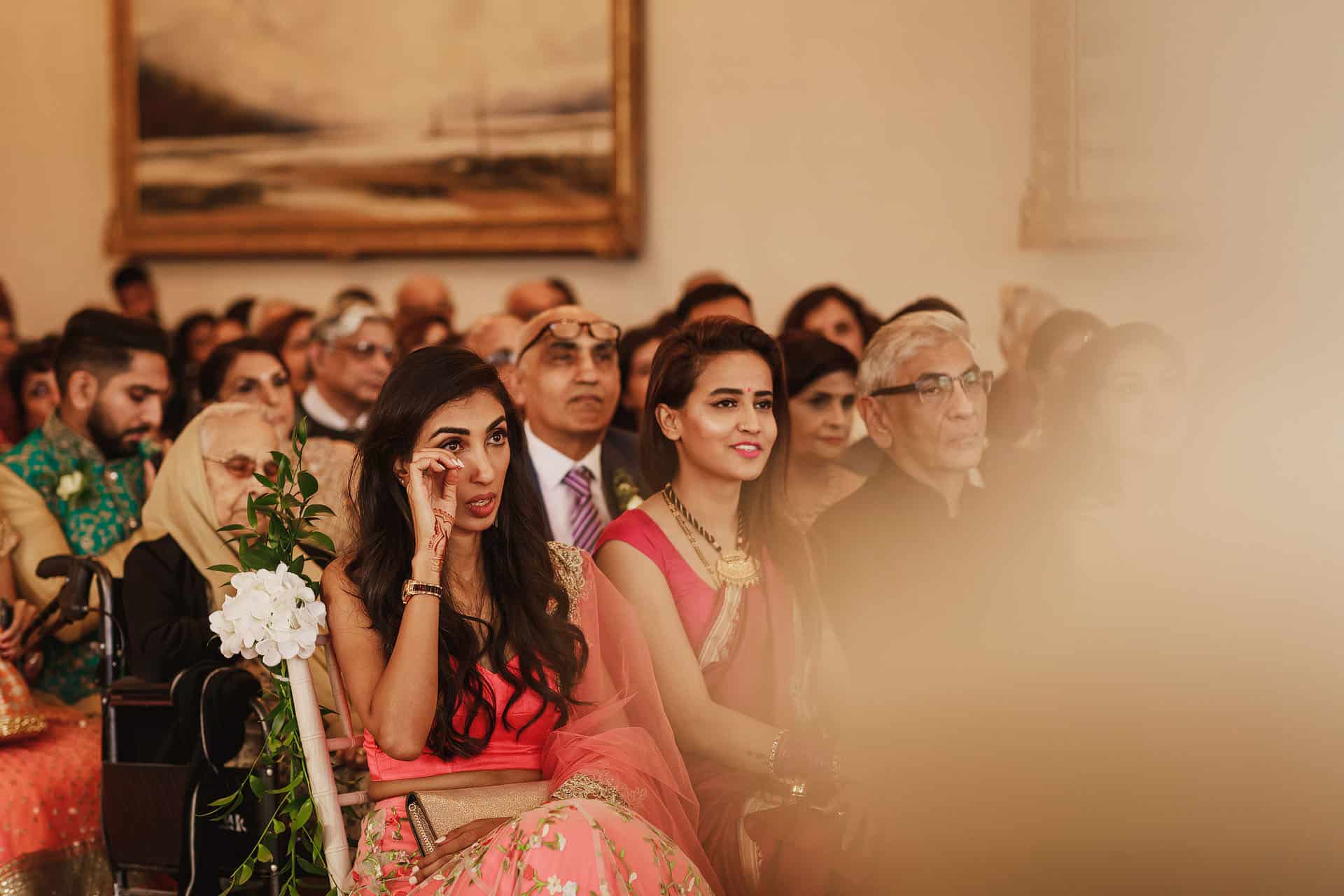 I had an amazing time shooting an Indian wedding at Heythrop Park in Oxford, it was the perfect setting for any Wedding Ceremony. If you’re planning on having a wedding in Oxford, or anywhere else in the world, then please get in touch. I’d love to hear all about it and have the opportunity to be your wedding photographer.