Neha and Rajan’s Indian Wedding and Reception at Royal Lancaster, London, had everything you could want when photographing a Hindu wedding and Reception. It was full of love, tradition, emotions, rituals, the joining together of two families and – of course – a huge party to finish an already amazing day.

My day started off super early in the morning at Rajan’s family home where he was getting ready, followed by a short Puja before leaving to make his grand arrival at Royal Lancaster, London. Rajan parked up a short walk away from the Royal Lancaster, so he could make his arrival known, not only to Neha and her family but everyone in the streets of London that were nearby. He was accompanied to the Royal Lancaster entrance with dhol players, his family dancing on the streets and plenty of smoke flares! It was just a joy to watch and capture.

After making his arrival, I went to see Neha who was just having her final make-up touches done, before she made her entrance into the grand ballroom of the Royal Lancaster Hotel. Their wedding ceremony – which was conducted beautifully by Hindu Priest Parth Joshi, and accompanied by Shiv Gopal Music – was filled with laughter and emotion, and some really amazing moments between them. After the ceremony, we went off to Hyde Park to make some portraits, before the official goodbyes during the vidhai ceremony.

The evening at Royal Lancaster started off with a drinks reception, before Neha and Rajan made their entrance into the grand ballroom, where all their family and friends were dancing thanks to the brilliant Gilev Showband. The rest of the night was full of amazing food, some hilarious speeches and an unforgettable party, which went on till 1am.

It’s always rewarding documenting a wedding at Royal Lancaster with so much love and emotion. Congratulations Neha and Rajan, thank you so much for letting me be a part of your wedding day, it was an honour.

Now on to some of my favourite images from their Indian wedding and reception at Royal Lancaster London. 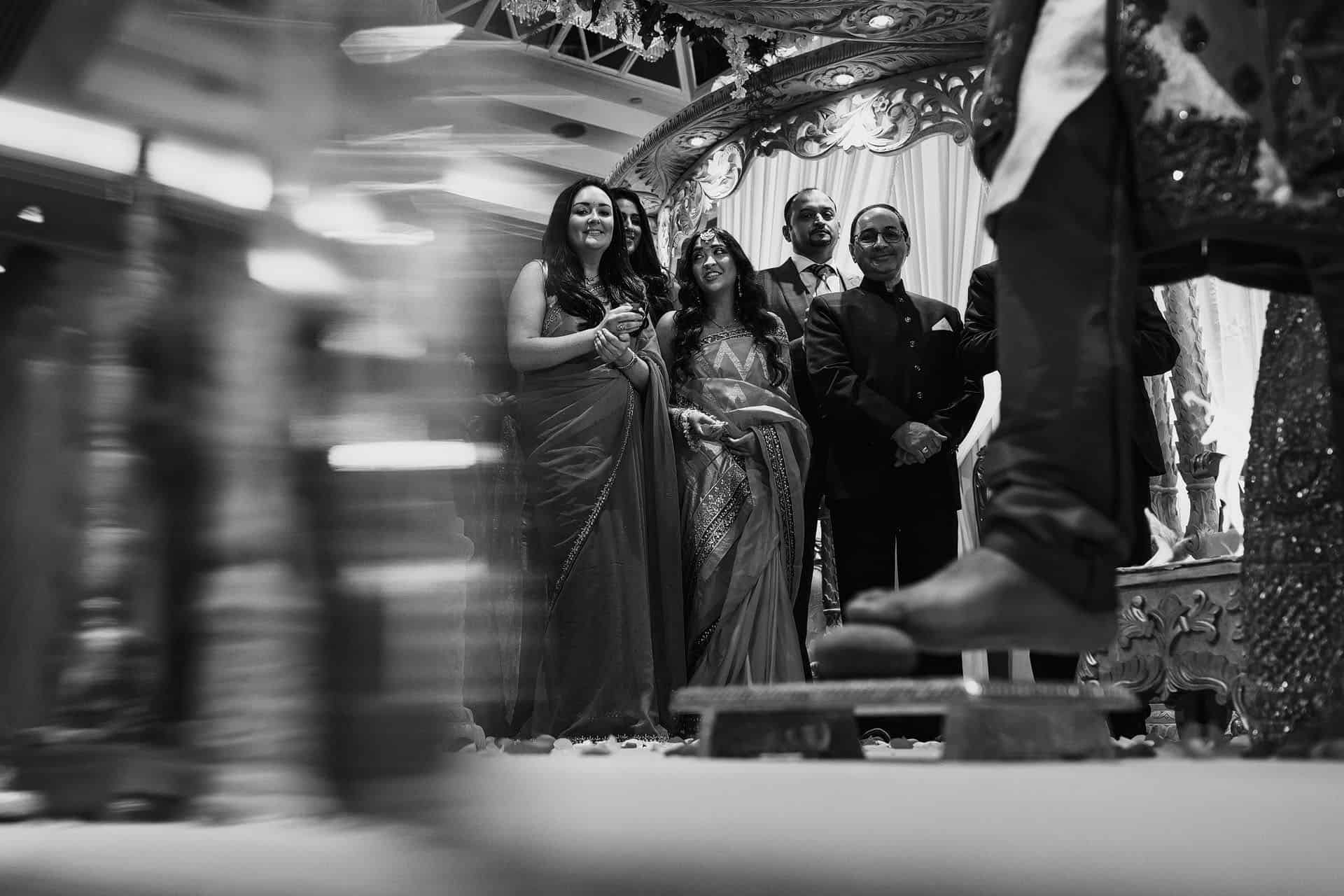 I had an amazing time shooting an Indian wedding at Royal Lancaster London, it was the perfect setting for any Wedding Ceremony. If you’re planning on having a wedding in London, or anywhere else in the world, then please get in touch. I’d love to hear all about it and have the opportunity to be your wedding photographer.

The Royal Lancaster London, is a mid-century iconic hotel situated in the heart of London, right opposite the famous Hyde Park. As one of the leading hotel’s in London, this venue is perfect for your big day, the iconic building with its breathtaking views of the London skyline, its the perfect backdrop for your wedding.

Royal Lancaster London opened in 1967, it was initially called ‘Royal Lancaster’ as one of the entrances to Kensington Gardens was names Lancaster Gate, which is a short stroll from the hotel, along with the nearby underground station which was named after the area too.

I’ve photographed many celebrations at the Royal Lancaster London, especially in the Nine Kings Suite which is also named after English history.

The hotel definitely has its own character, with geometric brush gold features around the hotel, along with a very 1960’s chic design. The dark wood walls, bold displays of orchids, velvet chair dotted around and the caramel colour scheme makes this a stunning setting. The whole hotel went through a refurbishment in 2018 so there is a completely new fresh and modern feel about it.

The Royal Lancaster London has hosted plenty of spectacular weddings in its grand ballrooms. The Nine Kings Suite, with its glimmering chandeliers, twinkling starlights and state of the art technology is an amazing ballroom for your special day. The scale and adaptability of the  Nine Kings Suite is second to none, especially as its a pillar-less venue which means your guests won’t have anything to obstruct their views for the ceremonies or speeches. The large foyer is perfect for a drinks reception, and once thats finished and its time to move onto the main room, the Royal Lancaster has a revealing wall which when lifted can wow your guests with a room reveal.

Around The Royal Lancaster London

I highly recommend walking around London to experience it all. Through Hyde Park you can walk along to the Houses of Parliament, Buckingham Palace, Royal Albert Hall, The London Eye and so much more, all in the vicinity of Hyde Park. However if you are feeling tired you can always take a quick ride in one of London’s iconic Black Cabs or use the Underground trains. You won’t have to go far from the hotel to experience any of these attractions and there is something truly for everyone in the family to enjoy.

It’s a pretty big responsibility being a London documentary wedding photographer. Being tasked with making an authentic record of your celebration in Royal Lancaster London – one that will still emotionally resonate and reignite all those precious memories when you look back – can be a bit overwhelming if you let it. But I love that challenge, the fact every one of those moments will only happen fleetingly before it’s gone, that’s what excites me about being a photographer. I’ve spent a long time honing my craft, and picked up more than a few awards on the way. It’s given me the confidence and the curiosity to constantly discover those meaningful differences for every couple that I’m privileged to shoot.

I want your big day in Royal Lancaster London to just flow, so you and your guests can just enjoy yourselves with the minimum of interruptions. I’m very aware of how uncomfortable a staged moment can feel, and when you’re looking back at your photos years from now I want every moment to feel meaningful and honest.

My naturalistic documentary style also means I’m not trying to control anything about your day. I just let it all happen the way it’s supposed to and keep a close eye on the relationships and encounters that are happening around me. I want everyone’s different experiences to come through. After all, it’s a real melting pot of emotions and a couple may have very different experiences of their day, as they mix with friends and family from their lives, mingling, connecting.